Emerge/ncy premiered at Brighton Festival late last month. The first of three performances across the South East this Summer. It was a brilliant location for our first ‘outing.’ I LOVE BRIGHTON!! 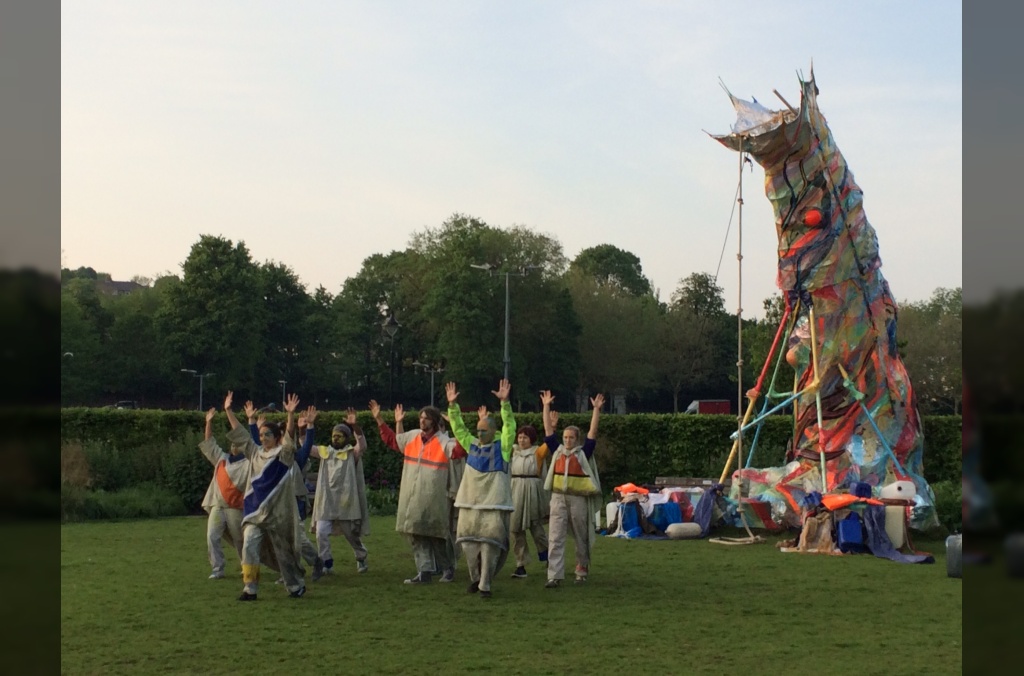 After rehearsing on the structure indoors it felt so different suddenly having the structure outside, laid bare for the public in the middle of a popular park with the elements at force. It seemed smaller to look at, but still felt enormous to climb up it, nerve wracking to stand on the narrow platform at the top of it and then bracing yourself for the epic climb off it down that rope! Even more than in rehearsal now being faced with wind blowing making the whole structure move and the materials flap around as you climbed up and stood high upon it taking in the 360 degree surroundings!

Sadly the rain won on the morning of our first performance day so we didn’t get to start the performance until the early afternoon. We were then extremely lucky with sunshine for the whole of the rest of the weekend.

Anyway enough of the weather forecast!

We had a lot to contend with in our performances – seagulls and children were particularly present and we had to be careful, aware and open with our interactions once we were off the structure. This is something you can’t rehearse or experience until the live day as you have no idea how people will react or if they will interact at all!

There were a few instances of gaining a gaggle of children following us around the park asking silly questions – an honest response but it was a common feeling amongst the group that we wanted to try and fit into the surroundings and not stand out and as this really highlighted our presence it made me personally feel a but vulnerable.

So I had to ignore the children! It felt a bit mean and feels a bit mean to type that but I think it was necessary to try and find more interesting moments with other audience members.

A few interactions stand out for me. I had a moment with a large map and a lovely Spanish man and his daughter came over and tried to help me navigate my way around the map. He totally went along with the game (The map was actually of Snowdonia not Brighton) and he showed me a spot to get to on the map and spoke Spanish the whole time! It didn’t matter I didn’t understand him as we found a way to communicate regardless of the language barrier. It was a really interesting moment for me. I love that our shows can be understood purely on physical interaction and no script/dialogue.

I actually got a cuddle from an audience member during ‘The Happening’ which works as a finale moment of the show. We are physically asking the audience if we are accepted and in getting an actual hug, it really moved me and made me feel just that - Accepted! 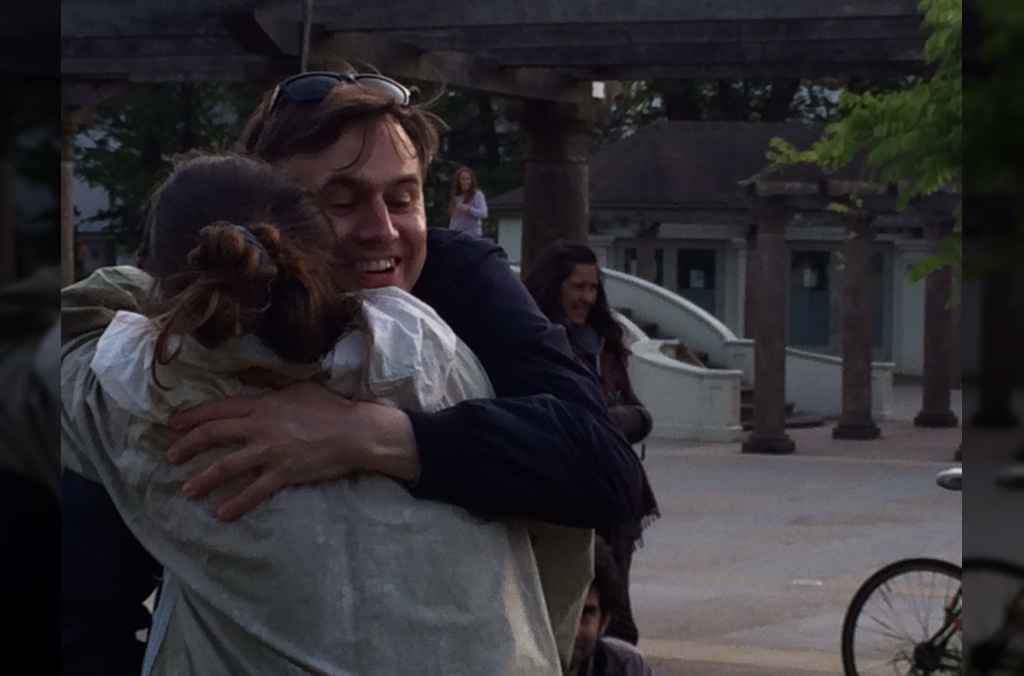 The final moment for me that really resonated was during the finale again. We offer a series of movements asking for acceptance and during that we gained nods and smiles and a real sense of togetherness with the audience and it moved me to tears. It was a remarkable reaction as a performer as I feel like for the first time I truly connected with the message of the piece and had a unique response within myself! It was a surprise that I would be so connected as we hadn’t had much chance to play around with audience or indeed character. We didn’t even have character names and I hadn’t really finalised any specific traits or personality for my character as I made the decision to ‘demonstarte’ rather then ‘act’ as such. Then being live on the day, feeding from the audience made it all very clear and simple and gave me a unique feeling as a performer that I haven’t really felt before in any show I’ve ever done.

@stage_family @HalfMoonTheatre Ah thanks so much. So pleased we can share this show, especially in these anxious ti… https://t.co/OtOLTPPrYD