Reviewing outdoor theatre: the missing piece of the puzzle?

This weekend saw us premiering our newest outdoor performance, That Parking Show, at the brilliant Imagine Luton festival. It was a great weekend in a number of ways:

1.      The show, which we've been making for the last three weeks, came together and really seemed to 'land' in front of its first audiences.

2.      Our two new performers, Blayar and Melaina, both made their outdoor debut, nailed their performances, and loved the experience. 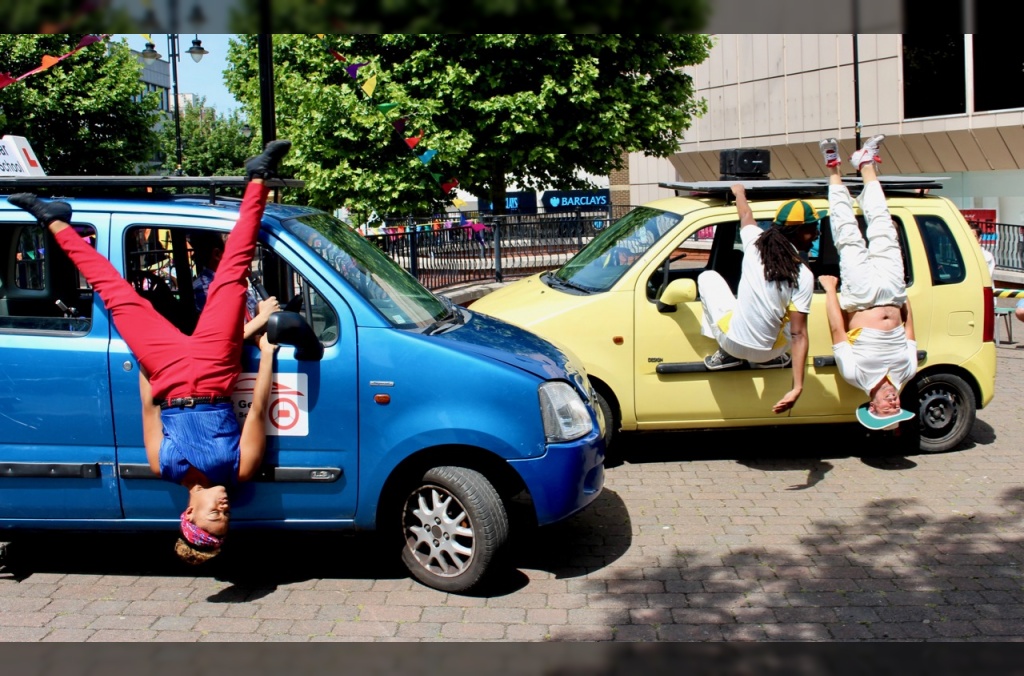 3.      Imagine Luton festival, which was brand new last year, has already gained impressive traction and is pulling really big, enthusiastic audiences (and attracting new, unexpected ones) with a fantastic programme of work (thanks Imagine festivals for taking a punt and commissioning us).

5.      England won the football 6-1 (our final show gained an extra sound effect half way through with a city-wide live chorus of 'Three Lions' spilling out of various pubs)

6.      An actual proper, renowned dance critic travelled to Luton to review some of the work. 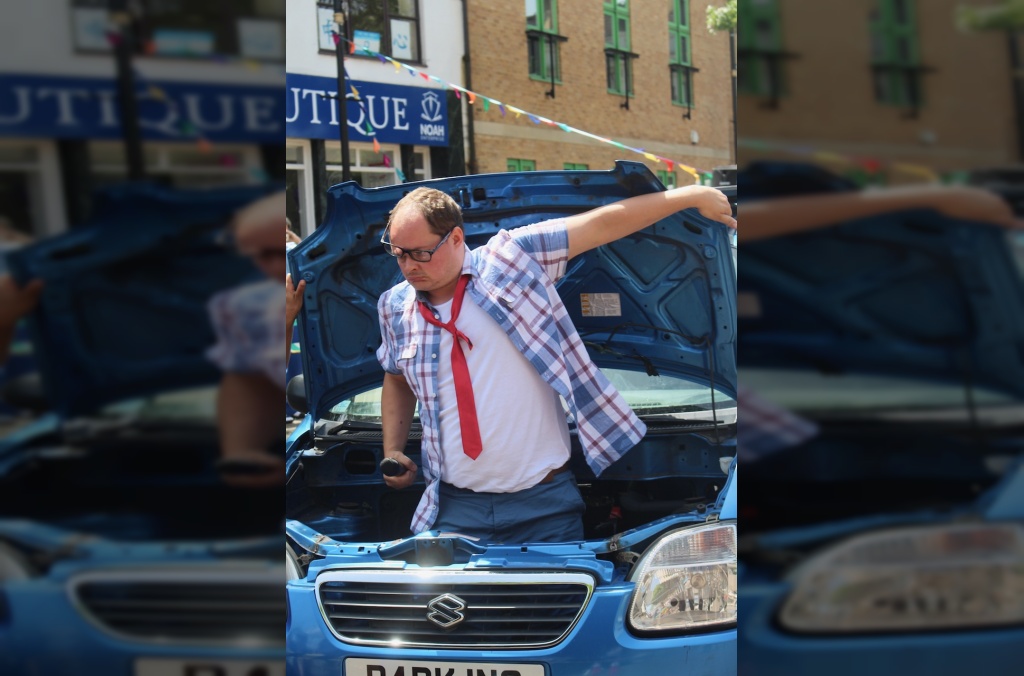 To continue reading click 'Read the whole story' next to the date at the top.

For those who work in the outdoor arts, point 6 (above) probably seems even more extraordinary than point 5, so we'd like to express a massive THANK YOU to Donald Hutera for making the journey (and, of course, for saying nice things about That Parking Show on Twitter!).

To put the lack of criticism in context: when we did our 'Take To The Streets' season in 2012, we calculated at the end of it that we'd had a larger audience across the season than if we had sold out the upstairs and downstairs of the Royal Court Theatre for a month. Despite this number of audience seeing (and, we hope, mostly enjoying) our work, not one critic turned up to see any of it, despite our invitations.

This is pretty much a standard frustration if you work in outdoor arts.

Despite its massive popularity, despite the enormous and diverse audiences outdoor work attracts, despite the level of skill deployed and the range of extraordinary talent to be seen at British outdoor arts festivals, despite the considerable investment over the last decade by ACE; despite all this, the outdoor arts have failed in one major regard, and that is in developing a culture of criticism around the artform. 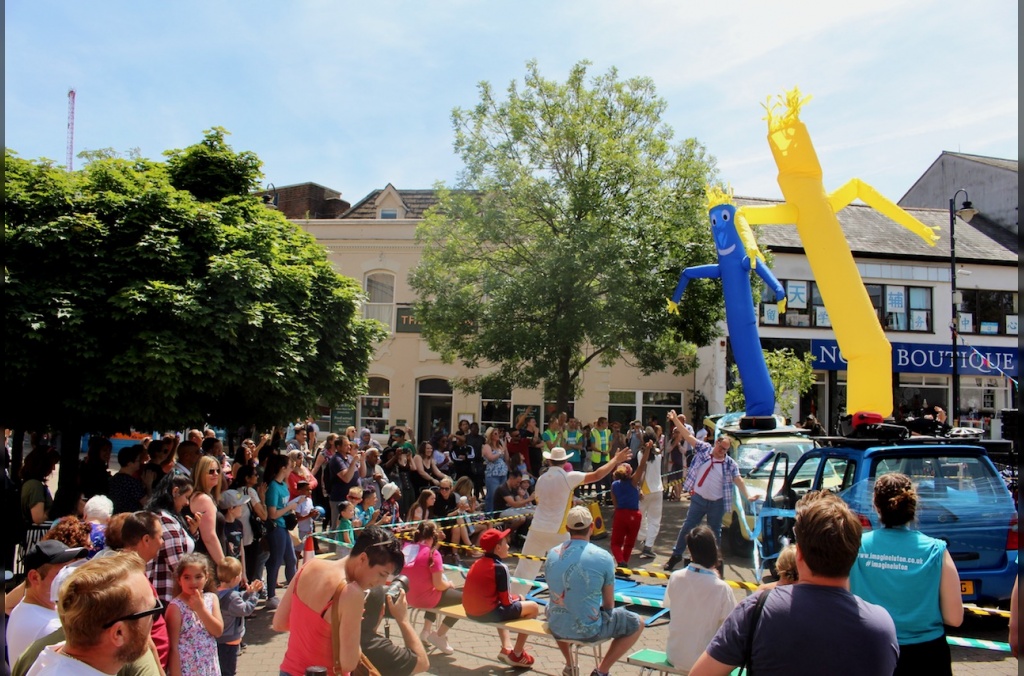 There are of course a couple of exceptions - Lyn Gardner has made time to see and write about outdoor work across the UK (another reason her loss at the Guardian is a travesty) and Sanjoy Roy has covered some of this year’s GDIF - but it’s still a minuscule proportion of work made that receives any kind of critical attention.

There are lots of reasons for this. There's no press nights in outdoor arts for a start – the sector lacks the glamour of its indoor relative and you won't get a glass of chilled white wine in a plush theatre bar (you might get a can of slightly warm beer in a slightly sweaty tent if you're really lucky). Shows don't run for weeks – they are generally on for just a couple of days in each locale, and attendance is usually free – so there's not the same economic drive to get reviews to drum up audience and drive ticket sales. And alongside this – indeed, because of it – the outdoor arts lacks a critical discourse, which is a massive shame for many reasons.

A critical response to outdoor arts would do many positive things. It would help us to celebrate and record some of the extraordinary but fleeting moments which captivate audiences. It would enable us to stop reinventing the wheel, and to better interrogate what we are doing well as companies and a sector. It would help us to see trends emerging and to better contextualise what we are doing against the background of the culture of work that's come before. All of this would develop intellectual muscle in the sector and strengthen British outdoor work in an international market.

It’s not a simple thing to solve. I’d argue that the outdoor arts needs its own specialist critics in order to develop a sophisticated critical vocabulary around the practice. Alongside the creative and technical expertise which companies are demonstrating in the performances themselves (which might, for example, be adeptly written about by an indoor theatre or dance critic), an outdoor performance is also doing a lot of things which we don't – in mainstream criticism anyway – have an adequate vocabulary to talk about. This is stuff to do with the way we negotiate the site and the space, the unpredictabilities of weather, audience, streetscape, the means by which the performance uses, disregards or celebrates the existing cultures and hidden or explicit stories inherent in the space....I could go on (I have already if you want to read the final chapter of my doctoral thesis....) All of this stuff is absolutely part and parcel of outdoor practice and needs to be analysed as such. There's some exciting work happening in the world of academia (Artizani's James MacPherson is doing some fascinating stuff analysing the ways performances interact with crowds for example) but despite some promising signs and some attempts to get something off the ground, this stuff still doesn't seem to be evolving into even the beginning seeds of a critical discourse.

What do we need in order to make that happen? In my opinion, it's an issue which needs to be led by sectoral leaders (Outdoor Arts UK, Without Walls, the major outdoor festivals). But Donald Hutera getting on a train to Luton is a great place to start.

Thrilled to have received funding for our Mindfulness programme in Luton schools. Thank you! https://t.co/Eknox2zQi3