What is DEVOLUTION EVOLUTION and why are we doing it?

We've been holding monthly 'TF Tea' zoom drop-ins for our broader family of creatives to touch base and keep in touch with us. This has been a useful space to share funding opportunities and to offer advice and support. 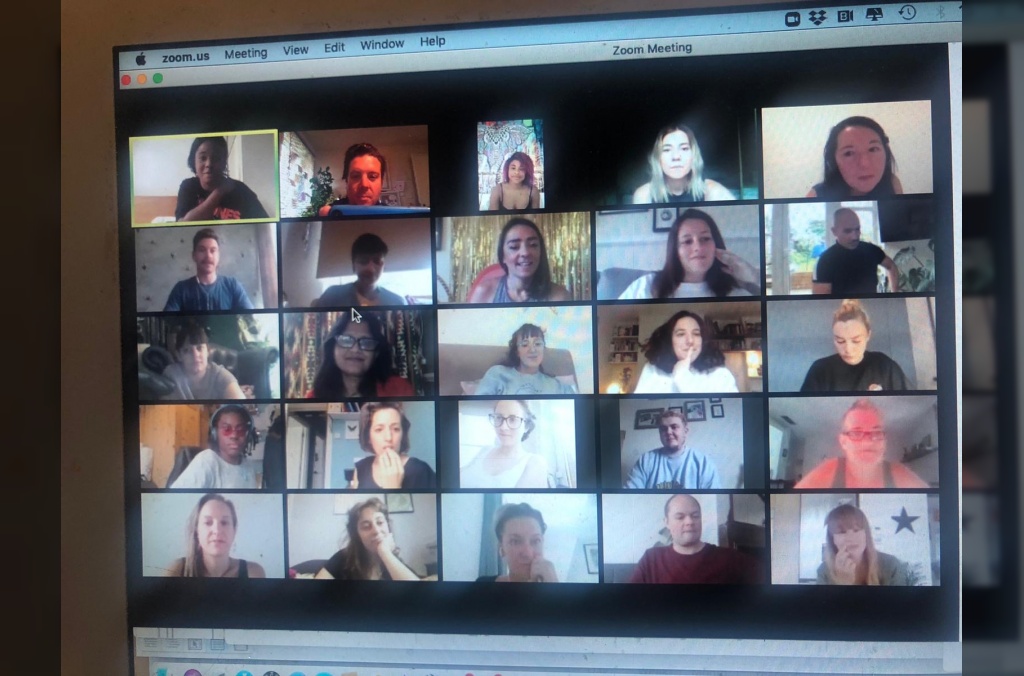 We are keenly aware that freelancers are feeling the pinch, with a summer full of cancelled projects and little income. There has been anger at some of the opportunities that have presented themselves, which have offered small commissions and fees but required an investment of time to pitch and apply. We've contributed to the Freelance Task Force and have been kept abreast of the developing conversations in that important forum.

As this short term limbo stretches on and on, we look to the future with increasing uncertainty about what the world will look like. We are on about the fifth version of our annual budget and about the tenth version of our planned programme. With the future shrouded in mist, we decided it felt like an urgent time to do some R and D. What kind of work will fit into the new landscape we find ourselves in? How can we, as an NPO with relative financial stability at this time, play a useful part in the way our industry is evolving and adapting at this time?

We decided that we'd reapportion some R and D budget to try making work in a new way – one that gave the largest amount of possible agency to the artists while still retaining some sort of connecting structure to cross-fertilise ideas. As we watch ingrained power structures around us being (rightly) challenged and in some cases dismantled, it felt like the right time also to interrogate our own creative power structures, and to try something different.

Although Tangled Feet work on a fairly democratic and collaborative way in the rehearsal room (certainly compared to much 'traditional' theatre) it is nearly always the case that we (the two TF Co-Artistic Directors) bring a creative team together for a show with a set of ideas and the boundaries of the investigation pretty clearly drawn, and our rehearsals and creative process are, ultimately, director-led. We wanted to see what happens when we 'devolve' creative responsibility at the outset of the project to individual artists. What new working practices might emerge? What new synergies created? What will we learn about how creative ideas can be nurtured and grown?

It's a big experiment and we might not get it right, but in the spirit of absolute transparency, this is the structure we've created (developed initially through discussion by the TF core team in our weekly team meetings):

Now everyone has started working, and it's phenomenally exciting to start to see things emerge. Some of our artists knew exactly what they wanted to pursue and how, and some are taking their time to evolve a response to the theme. Some of the artists have long and successful histories of self-driven practice, and some are normally collaborators and are experiencing something very new. Our artists are spread across the South-East, but also in Somerset, Liverpool, Weston Super Mare, in France, in Seville, and in a canal boat that's never in the same place for long.

We hope that the seeds we sow now will come to fruition over the next 5 years – in new relationships evolving, new ideas blossoming and opening up avenues of further creative investigation. But equally, if the commission keeps an artist feeling like an artist for a couple of months at this point in time, that's also a win as far as we are concerned.

Watch this space for more.

Sharing our latest #news with a look back on 2021 & plans for 2022, with Butterflies UK Tour starting at the end of… https://t.co/kz9uEDMs4a