DEVOLUTION EVOLUTION: What we learned

The first phase of Devolution Evolution wrapped up at the end of September with three evenings of Zoom sharings of work-in-progress. All of the artists who'd taken part had a ten-minute slot to use as they wished – some shared finished films, some shared scripts that were read, songs were sung, some talked about their ideas, their processes and their challenges.

Listen to the audio of this blog post here 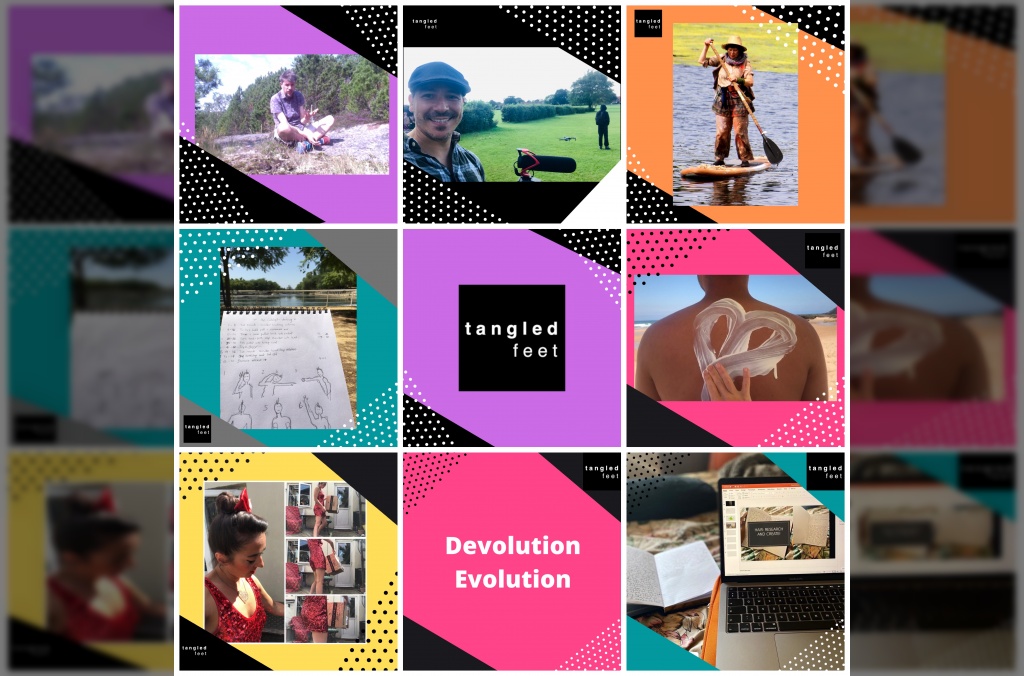 Although all the artists started with the same resources and the same jumping off point, where they went with it differed hugely, Themes emerged and converged: identity, BLM, inside/outside, grief, taking up space, isolation, journeys, barriers. Creative expression took all sorts of forms: podcasts, song, installation, balloon modelling, comedy sketches, buffonery, interactive technology, pyrotechnics, scripts, poetry, film, aerial work. We've borne witness to stories of wild swimming, journeys across middle England, brexit grief, black hair, police discrimination, dawn in deserted city streets, county lines. It was a wonderful immersion in collaged creativity: there was cross-country as well as cross-artform collaboration, with performers in England and Wales featuring in a film/animation produced in Spain.

It was a thrilling three evenings which felt to many of us like the closest we've felt to the communality of live theatre since March. On the last evening, we all celebrated by dancing in our separate rooms. No one could sleep. 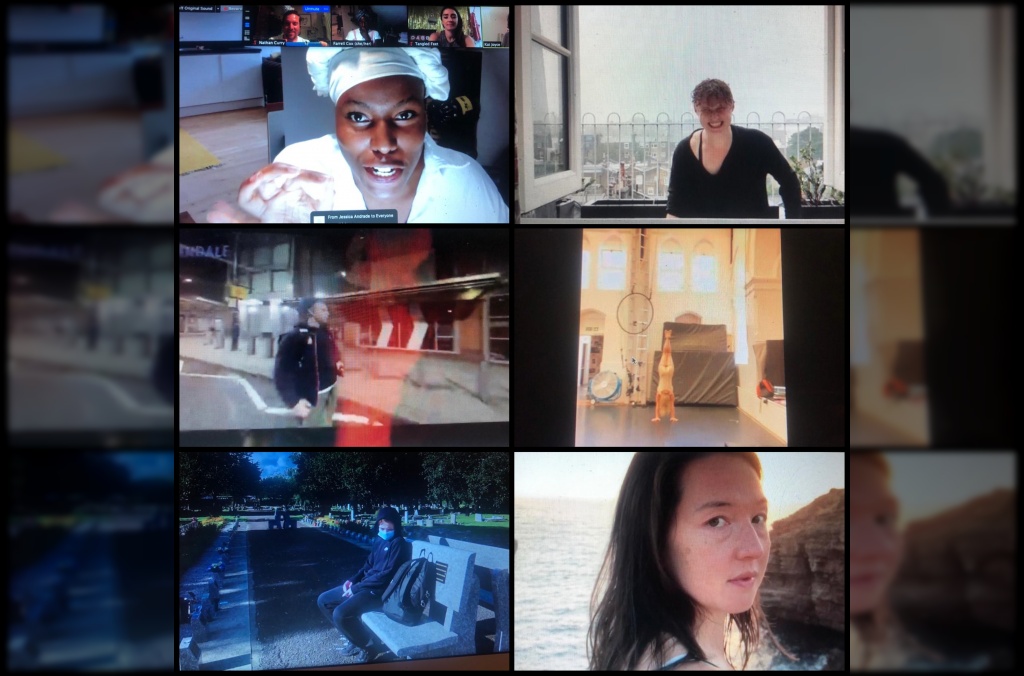 The artists who took part had all worked with Tangled Feet previously, some of them many times, and in many different combinations. But a big part of the pleasure of the experience was getting a closer and more intimate appreciation of each other's artistic processes, instincts and interests, unbound from the endeavour of making a show together. We saw many elements of people's practice and lives that we've never seen before in a rehearsal room.

Many of us found working solo really hard, and the discipline of self-directed and open-ended creative project held as many challenges as freedoms. For performers particularly, a lot of your career normally involves responding to suggestion (or being told what to do!) rather than forging your own path, and it can be really hard to switch modes. Confronting those big old demons – is my idea any good? Maybe should do that DIY/tidy the house/answer those emails before I tackle this creative work.... Can I call myself an artist?

But it felt, now more than ever, like a good time to be strengthening that muscle, for people to be finding ways to hold the reins of their own practice and careers, with the mutual support of others undergoing the same exploration.

“It was a welcome validation in a time when all artists are questioning their work, and how to fit into the restrictions of current society. On a personal level, it also brought me immense joy, and the sharings along with their sense of collective ambition were incredibly uplifting”

“(it gave me) space and time to think about my creative practice and where I am now, where I might be heading. It made me question my artistry, the industry, the work I'm making and why. It was really amazing and I feel my whole practice shift because of it.” 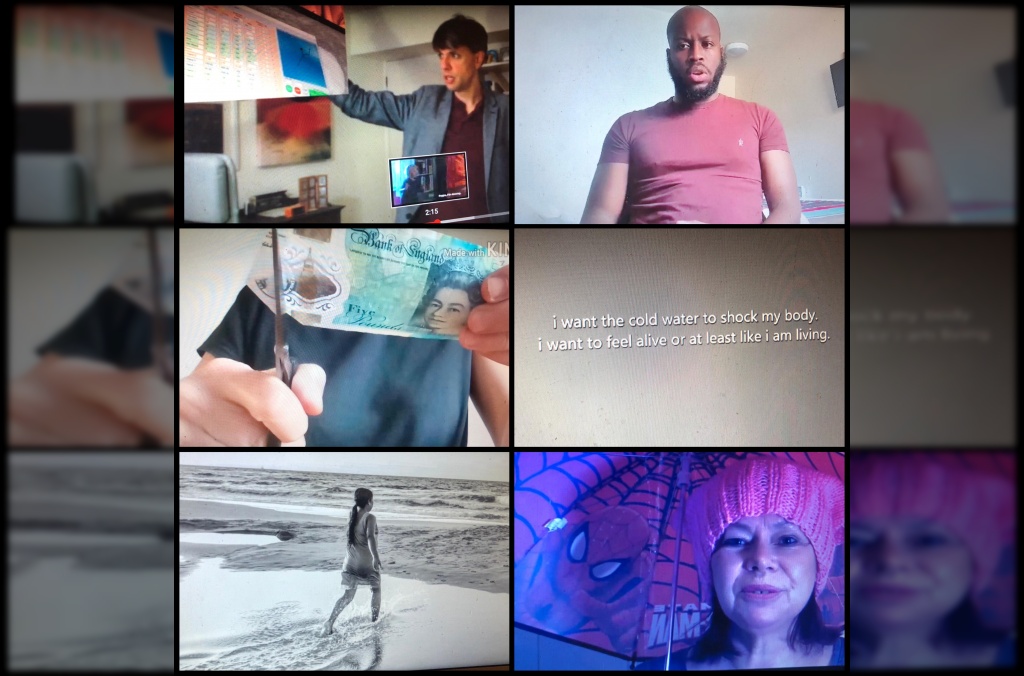 We all feel like Devolution Evolution wasn't finished. It was the first step in a bigger, longer experiment. All the artists find themselves in different places, with different next steps and different challenges to tackle, but it feels like the community that we've created together, as a support system for doing that, is vitally important. We are now looking into how Tangled Feet can find the resources to continue the support of this community of artists in a meaningful way.

Devolving responsibility has meant letting go, releasing control, and seeing where it takes you. The results have been thrilling. Where Tangled Feet is heading - into the new future we all face – it feels like our evolution is well under way. 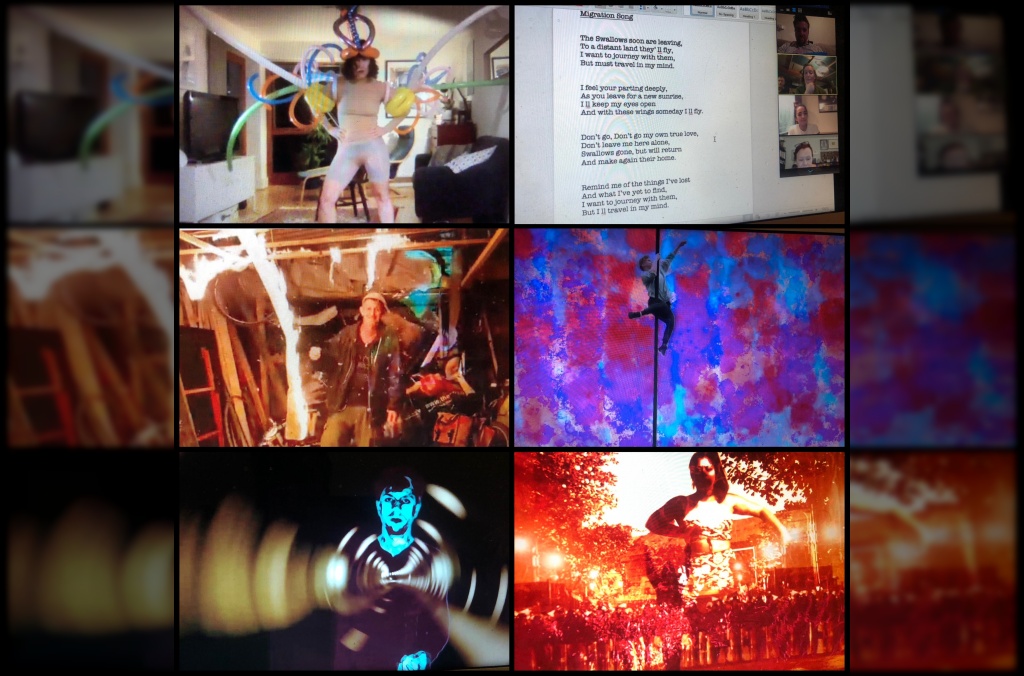 Find our more about Devolution Evolution in our production page and you can see some of the artists work on our YouTube channel & on our socials too.